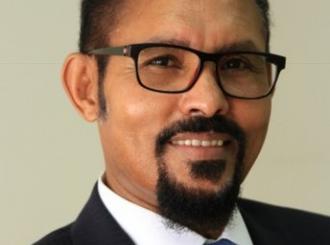 COVID-19 is the greatest global threat the world has faced since the Second World War. It is not the deadliest or most infectious disease recorded, but the level of globalization and interconnectedness of the world render it particularly destructive. The depth of the global economic crisis is exceptional; not only is it worse than the 2008 global recession, it is exacerbated by its occurrence at a point where there is weakened global collaboration and political posturing over COVID-19 at an international level and in many individual countries. The world’s response to the virus was briefly but perfectly expressed in the New York Governor Andrew Cuomo’s statement, “This is an enemy that we have underestimated from day one and we have paid the price dearly”.

Heroic sacrifices have been made by health personnel and frontline workers across the world, while the wider public, also affected by tragedy and sacrifice, has demonstrated its readiness to follow measures to curb COVID-19. Many local and national governments, despite the initial delay, have shown exceptional leadership in their efforts to avert disaster and to inspire the public and vulnerable members of society. However, the actions, or lack of them, of some leaders have spread confusion and disruption.

There is no better example of the dearth of leadership than in the US. In the past, the US has been at the forefront of international activity, providing resolute global leadership aimed at preventing potential crises and responding to a variety of global threats. Examples can be found in the establishment of the Bretton Woods organizations and the recovery of war-torn Europe through the Marshall Plan. The US administration has played a critical role in such recent events as in the post-2008 economic recovery and virus pandemics including SARS in Asia, MERS in the Middle East, and Ebola in West and Central Africa. For seven decades the actions and leadership role taken by the US have contributed to the creation of a better world and an effective emergency response mechanism.

Yet at a time when the world is looking for direction, advanced economies and great powers should not  abdicate their global leadership role. They would have to restrain from resorting to posturing internationally and putting out conflicting messaging on the deadly nature of the virus, and pursuing actions that are based on the evidence and the best available scientific advice. The G20 countries should provide total support to WHO during to resolutely fight global crisis as Germany and France exemplified. These actions have already blunted the world’s ability to present a united response to the virus, with unprecedented consequences that will be felt in the coming years. There is no winner as a result of these actions.

It is time to learn lessons from the ineffective global response to COVID-19; time to provide exceptional leadership and build a global coalition to end the unprecedented threat and work together beyond it. With over 2.5 million confirmed cases globally and 150,000 deaths in the past four months, we are not yet seeing  the light at the end of the tunnel. It is possible that COVID-19 will recur in a series of waves until a vaccine is created, tested and administered to the wider world. In this dire situation, global collaboration should focus on the three pillars outlined below. As the IMF’s managing director Kristalina Georgieva put it, this is an unprecedented global threat and an unprecedented global threat requires bold, far-sighted, and exceptional leadership.

Diverse strategies and responses and learning

It is important that each government’s response to COVID-19 reflects its specific conditions, as issues such as demography, residential patterns, health care systems, economic conditions and political/governance systems differ between countries. For instance, some countries may opt for a national or regional lockdown, while many of the emergency measures could be similar. The guiding principle for countries should be unswerving commitment to this agenda as the country’s top priority, together with a bold and comprehensive approach that includes adequate communications and public awareness, plus decision-making based on established facts and scientific advice. Effective social distancing and personal preventive measures, which are critical to the response to COVID-19, depend on public awareness. A comprehensive approach implies that emergency health measures and considerations of economic support  are not mutually exclusive. It also means maximum cooperation by all levels and agencies of government, and especially coordination with the WHO, other international organizations, and other countries. Amidst the threat created by COVID-19, supporting the WHO has been a divisive political act. The politicization of the WHO should be halted and global collaboration harnessed instead. As the risks and uncertainties evolve, constant sharing of experiences and rapid learning from our own and other countries’ actions will be vital. It is by these actions that the outcomes of effective leadership will be judged.

The COVID-19 pandemic is primarily a health issue in which scientific advancement and research breakthroughs play a central role. Development of new, affordable, and effective vaccines and cures are key priorities. Smart technological breakthroughs, tracing, and tracking systems are critical, as are technologies that improve analytical and decision-making processes. However, research and development and scientific advances require international collaboration between the private sector, the scientific community and research universities, and governments. Advanced and emerging economies can play a leading role; philanthropic health care organizations can prove indispensable. Scientific breakthroughs should be focused on the identification, prevention and protection, and cure of such pandemics. These endeavours should also address climate change, a great contributor to widespread health threats.

As the various measures taken in Europe and the US start to see a flattening of the curve, the next frontier and the most vulnerable will be developing countries, because of their low levels of economic resilience, innovation advancement and knowledge, health care systems, resource bases and social fabric. However, a global threat like COVID-19 leaves no population or geographic area untouched. Not all countries have high levels of capability, and support for developing economies has to be part of international cooperation.  The 2020 G-20 Summit failed to recognize COVID-19 as an unprecedented global threat and ended without any significant decisions in regard to the global economic crisis and health emergency. International organizations such as the IMF and the World Bank Group should be commended for voicing their concerns and calling for international emergency support, economic stimuli to reduce the pain from economic recession and partial debt relief. Influential personalities like the former UK prime minister Gordon Brown have stood alongside developing countries to promote this agenda, contributing to a more positive response.

The traditional powers, such as the US and the other G7 countries, and G-20 and the emerging powers, such as the BRICS, should forge a united front and spearhead an international alliance with developing nations to win this global threat. “An unprecedented global threat deserves unprecedented leadership; and ultimately effective leadership will shape the future of humanity”.

Arkebe Oqubay is a senior minister and special adviser to the prime minister of Ethiopia. He is an ODI Distinguished Fellow, and his recent publications include African Economic Development: Evidence, Theory, Policy (2020), How Nations Learn (2019), and The Oxford Handbook of Industrial Hubs and Economic Development (2020).