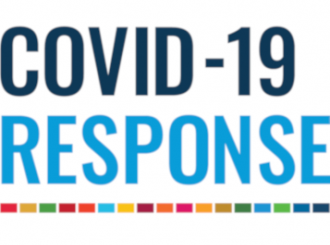 The continent’s pandemic-response funding gap is likely to amount to some $100 billion annually over the next three years. The international community – especially the G7, the G20, and multilateral development banks – must take bold, innovative, and expeditious action to close it.

WASHINGTON, DC – As summer winds down, another wave of COVID-19 infections looms. While cases remain under control in Cambodia, Denmark, Mauritius, and Morocco, they are on the rise in Ethiopia and parts of the United States. Infections have risen so sharply in France, Kenya, and Spain that new lockdowns may be imminent. In Brazil and South Africa, the peak may be yet to come.

Few countries are prepared for the menacing autumn that lies ahead. This is particularly true in Africa, where the public-health and economic response has not come anywhere near matching the scale of the COVID-19 crisis.

So far, Africa has reported more than 1.2 million COVID-19 infections and over 30,000 deaths. Yet only 12 of Africa’s 54 countries have tested more than 10% of their population. And while community transmission increases, contact-tracing efforts remain tentative. Yet lockdowns cost the continent over $65 billion per month. The International Monetary Fund now expects economic activity in Sub-Saharan Africa to contract by 3.2% this year.

While the COVID-19 crisis has spared no country, only some have been able to implement large-scale support schemes. The US quickly passed a $2 trillion stimulus package, including direct payments to households, enhanced unemployment benefits, and financial support for ailing businesses. The United Kingdom’s $400 billion support package has helped to keep businesses afloat and unemployment in check, such as by paying a large share of furloughed employees’ wages.

France has also spent heavily to prop up its economy, including by bailing out its flagship airline and automobile industry. And this is to say nothing of the €750 billion ($889 billion) recovery fund it recently agreed with its European Union partners. Japan’s economic stimulus package amounted to nearly $1 trillion.

What all of these efforts have in common is a national or regional focus, which has been the prevailing approach to COVID-19. A welcome exception is the G20’s Debt Service Suspension Initiative. If fully implemented, the DSSI is supposed to provide more than $12 billion in additional liquidity to the 76 least-developed countries in 2020, and an additional $14 billion in 2021.

Yet, so far, the DSSI has fallen short of expectations, releasing only $4 billion to participating countries. Creditor and debtor countries have not fully participated in the initiative, owing to factors like target countries’ lack of understanding of the process or their fear of a ratings downgrade.

All of these hurdles can and must be overcome. The Paris Club and the G20 secretariat are already working to address uncertainty. Ratings agencies must also be convinced to remove the specter of downgrades for DSSI countries, and debtor and creditor countries should be encouraged to participate.

But even if the DSSI is fully implemented, it will not be enough to close Africa’s pandemic-response funding gap, which is likely to amount to some $100 billion annually over the next three years. To help cover the shortfall, multilateral lenders should step up.

So far, the African Development Bank, the IMF, and the World Bank have disbursed about $60 billion to Africa. But, in order to frontload support for developing economies over the next two years, they will need to expand their capital base significantly. That is why we are calling for a new replenishment round for the World Bank’s International Development Association, and additional resources for other multilateral development banks and the IMF.

Moreover, the IMF should consider a new allocation of its reserve asset, Special Drawing Rights. The IMF issued SDRs in the wake of the 2008 financial crisis, and the current crisis is even deeper and broader.

But a new allocation will take time. In the interim, the G20 countries should make available the $129.7 billion in unused SDRs they already hold, in the form of loans to developing and emerging economies. The IMF should be responsible for devising how to allocate these existing SDRs to vulnerable countries.

The G20 itself can also do more. Capital markets remain an important source of funds for fiscally strained governments. Until recently, access to these markets enabled emerging and developing countries with robust macroeconomic fundamentals to boost investment in growth-enhancing sectors. But the COVID-19 crisis has made this much harder.

To support these countries, the G20 should support the establishment of a liquidity and sustainability facility, which can lower borrowing costs and help governments secure bridge financing and manage their liabilities. In fact, similar facilities in key OECD countries have helped to limit the pandemic’s financial and economic impact, including by preventing major liquidity crises.

As for countries whose fundamentals were weak even before the crisis, they will need to pursue debt restructuring. Argentina is already on that path, and more are sure to follow. An updated framework will be needed to help them work through the process.

The simple fact is that some countries are far better equipped to respond to the COVID-19 pandemic than others, and in a deeply interconnected global economy, no one can escape this crisis alone. The international community – especially the G7 and the G20 – must take bold, innovative, and expeditious action to support those in need. The solutions are known. But implementing them will demand global leadership.