Resurgent Asia and Lessons for Africa 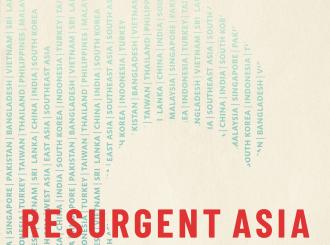 A trilogy on Asia’s transformation
Deepak Nayyar – economist, thinker, and leading scholar ‒ has come up with yet another splendid book. Resurgent Asia: Diversity in Development, together with the excellent Asian Transformations: An Inquiry into the Development of Nations (2019), recently edited by Nayyar, and an earlier path-breaking book, Catch Up: Developing Countries in the World Economy (2013), form a trilogy of scholarly work on Asia. The significance of Resurgent Asia lies in its timing, coming as it does 50 years after the publication of Myrdal’s Asian Drama: An Enquiry into the Poverty of Nations (1968) – a seminal, if pessimistic, book on Asia’s prospects for development written after a decade of research.

Asia is undoubtedly the most dynamic region of our time. It has witnessed the most phenomenal transformation and the deepest economic miracle with profound implications for the global economy in the twenty-first century. According to Nayyar’s historical analysis, Asia accounted for more than two-thirds of total global manufacturing output in the mid-eighteenth century compared with a meagre seven per cent in the late nineteenth century. Resurgent Asia is a bold and insightful analysis of the miraculous transformation and resurgence that has taken place over the last half-century. The analysis is supported by a comparative review of sub-regions – East, South-east, South, and West Asia – and an in-depth enquiry into the diversity of development that examines the 14 countries (China, South Korea, and Taiwan in East Asia; Indonesia, Malaysia, Philippines, Singapore, Thailand, and Vietnam in Southeast Asia; Bangladesh, India, Pakistan, and Sri Lanka in South Asia; and Turkey in West Asia) accounting for four-fifths of Asia’s population and income. The book is written in an excellent, lucid, and reader-friendly style. Resurgent Asia analyses the economic and social transformation of the continent and the process of catch-up in Asia’s most dynamic economies (such as South Korea and China) highlighting the diverse development in their paths to development. Yet, despite such diversity, there are discernible patterns, pointing to substantive analytical lessons that emerge from the Asian development experience.

A multi-dimensional analytical approach
The richness of Resurgent Asia lies in the multi-dimensional analytical approaches through which the author unravels the continent’s transformation. The analysis is underpinned by (a) theoretical understanding, (b) conceptual clarity, (c) a historical perspective, (d) empirical evidence at Asian, sub-regional, and country levels, (e) consideration of the underlying drivers, and (f) critical issues in development. It also looks forward, reflecting on the future of Asia over the next quarter-century without falling into the danger of ‘prophecy’.
The book emphasizes two important messages: that there is no prescribed path or magic wand, or even an ‘Asian model’; and that latecomers evolving their own paths have the opportunity to catch up. Unlike Myrdal’s Asian Drama, which epitomized the European perspective, Resurgent Asia is written from the Asian perspective. The political economy approach is based on “the premise that economic problems cannot be studied in isolation but must be situated in their wider historical, social, and political context”, without overlooking the role of government and politics, while amplifying the analysis of underlying economic and social factors.

The implications of Resurgent Asia
Key theoretical arguments examined in the book include: the relationship between structural change and growth; the importance of synergies and complementarities of sectors for sustained growth and structural transformation; and that the system is as strong as the weakest link in the chain. Nayyar adduces empirical evidence to show the vital role of industrial transformation and industrial policy, and questions the notion of international openness as the key driver of Asian transformation. He convincingly demonstrates the fundamental importance of technological development, learning, and industrialization in Asia’s transformational journey from developing to industrialized economy. Nayyar also illustrates the essential strategic intervention role of the state as leader, catalyst, and supporter of Asia’s transformation ‒ although the role varies across sectors, countries, and development stages.

Resurgent Asia, through scrutiny of Myrdal’s work, explores the strong scholarly tradition of the development economists of the 1960s and 1970s. Whilst Myrdal emphasized an interdisciplinary approach, and the importance of political and historical perspectives, as well as understanding the values and subjectivity of the researcher, he was no doubt a victim of the European perspective. Resurgent Asia unequivocally exposes the error of hasty predictions or prophecies by scholars based on observed trends, which invariably tend towards the pessimistic. Optimism is an important lens (“beam in the eye”) rooted in the belief that the human race has a strong survival instinct and is a powerful force for transformation.

Lessons for Africa
Resurgent Asia has significant relevance for Africa. First, it shows that developing countries can transform their development trajectory, bringing fundamental socio-economic transformation and economic catch-up within the space of one to two generations. Underdevelopment and poverty is not a destiny. Second, the Asian experience shows that diversity in development paths is the rule rather than an exception. African countries should discover and pursue their own economic development paths rooted in their own specific conditions and contexts, among which the legacy of colonial rule is significant. Third, both the standard Afro-pessimism view advocated by influential scholars and the African-dummy research approach that denies African diversity are erroneous. Finally, African policymakers and scholars should note that the developmental role of the state and industrial policies are essential for sustained growth and fundamental structural transformation. As with all latecomers, policy learning by government and technological learning by firms are key ingredients for economic catch-up.

Among the additional insights which Resurgent Asia brings are issues related to colonialism, openness, and inclusiveness. First, the decline and fall of Asia was attributable to colonialism and imperialism. Unlike Latin America and Africa, most Asian countries had a long history of well-structured states and cultures, which were not entirely destroyed by colonialism. The political independence that restored their economic autonomy and enabled them to pursue national development objectives has been an important underlying factor motivating their drive to catch up. Second, economic openness has supported development in Asia when it has taken the form of strategic integration with, rather than passive insertion into, the world economy. Openness, a necessary but not sufficient condition, was conducive to industrialization only when combined with effective industrial policy. Third, development outcomes in Asia have varied greatly across countries and between people. The massive reduction in absolute poverty might have been even greater, were it not for the rising economic inequality among people and between regions that has been concomitant with rapid economic growth. Only development that is inclusive, creating employment and reducing inequality, can lead to economic growth in Asia that will be sustainable over the next twenty-five years.

Latecomer advantage and ‘newness’
History shows that economic miracles occur in the least expected regions and countries: as the classical political economist Frederick List (1841) underlines, “no nation has been so misconstrued and misjudged as respects its future destiny and its national economy as the United States of North America, by theorists as well as by practical men”. The American political economist Thorstein Veblen (1915) reminds us: “The German industrial system was some two-and-a-half or three centuries in arrears … Germans are new to this industrial system”. Contrary to the conventional view, backwardness is not only a disadvantage but also an advantage. Gerschenkron (1952) highlights: “the development of a backward country may, by the very nature of its backwardness, tend to differ fundamentally from that of an advanced country”, because the “relative backwardness” (the degree of backwardness and industrial potential of each county) “diverges in terms of variations in the pace of the development or the rate of industrial growth, productive and organizational structures of industry, the application of institutional instruments, ‘spirit’ or ‘ideology’”.

Resurgent Asia sets a high bar for new contemporary publications on Asia and broader development economics research. Resurgent Asia is required reading for policymakers, researchers, and students particularly in emerging and developing countries. Policymakers will benefit from the lessons drawn by the book, which take full account of the complexity of development endeavours. Researchers will appreciate Nayyar’s methodology with its integration of economic theory, empirical evidence, and policy analysis, always situated in historical perspective. This book is a most welcome contribution to development economics.

Arkebe Oqubay is a senior minister and special adviser to the Prime Minister of Ethiopia. He has been at the centre of policymaking for over 25 years, and his recent published works with Oxford University Press include Made in Africa (2015); How Nations Learn: Technological Learning, Industrial Policy, and Catch-up (2019); China‒Africa and an Economic Transformation (2019); The Oxford Handbook of Industrial Hubs and Economic Development (2020); African Economic Development: Evidence, Theory, and Policy (2020); and The Oxford Handbook of Industrial Policy (2020). Dr Oqubay is an ODI Distinguished Fellow and UNU-WIDER Honorary Research Fellow, and was presented with the Order of the Rising Sun, Gold and Silver Star, by the Emperor of Japan.