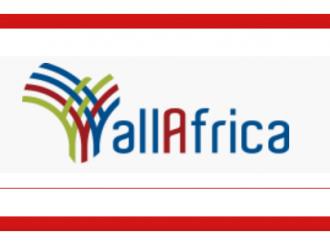 Strategic logistics are an important consideration in the long term planning and development of Africa’s regional transport infrastructure. Big data analysis show that seven key African corridors represent 3% of land, yet account for 20% of the population and 17% of all economic activity on the continent. These same corridors account for two-fifths of consumers, one-third of youth and of those employed, and at least one-half of those with bank accounts.

The importance of logistics to trade and competiveness cannot be overemphasized. ECA’s research, shows that trade facilitation – defined as an increase in the efficiency of customs procedures combined with a reduction of the time that merchandise spends at African ports – can significantly enhance the impact of the African Continental Free Trade Area (AfCFTA). Evidence shows that, if the establishment of the AfCFTA is accompanied by the adoption of a more efficient system of trading across borders, the share of intra-African trade will increase by more than two-fold between 2010 and 2022, rising from 10.2% to 21.9%. As a share of total exports, African exports to their partners from the continent would grow at a similar pace for agriculture and food products (57.6%) and for services (52.9%), and at a much higher pace for industrial products, from 11.6% in 2010 to 25.0% in 2022 (a growth rate of 126.1%).

Regional and international cooperation and investment in transport infrastructure and trade facilitation are necessities. Initiatives such as the Trans-Africa Highway network (TAH) are informed by the role of transport infrastructure in enhancing competiveness. TAH, when complete, is expected to see a system of roadways that extend 57,300km combined across the continent.

The Belt and Road Initiative (BRI) can play a major role in closing some of the missing links of major transport corridors, including the TAH, and speeding up the implementation of priority projects of the Programme for Infrastructure Development in Africa (PIDA) and flagship projects of the African Union’s Agenda 2063 such as the African integrated high-speed railway network. Improvement in these strategic logistics projects could have a significant impact on livelihood, cross border traffic and trade in Africa. Anchoring the BRI to existing corridors and opening new corridors in Africa could multiply such outcomes. Creating the African single market and the Single African Air Transport Market (SAATM) are all steps Africa is taking to improve logistics and, well positioned, the BRI could help accelerate the process.

The Executive Secretary of the Economic Commission for Africa, Headquartered in Addis Ababa